Curiosity of the sea and its habitat: How do the waves move? 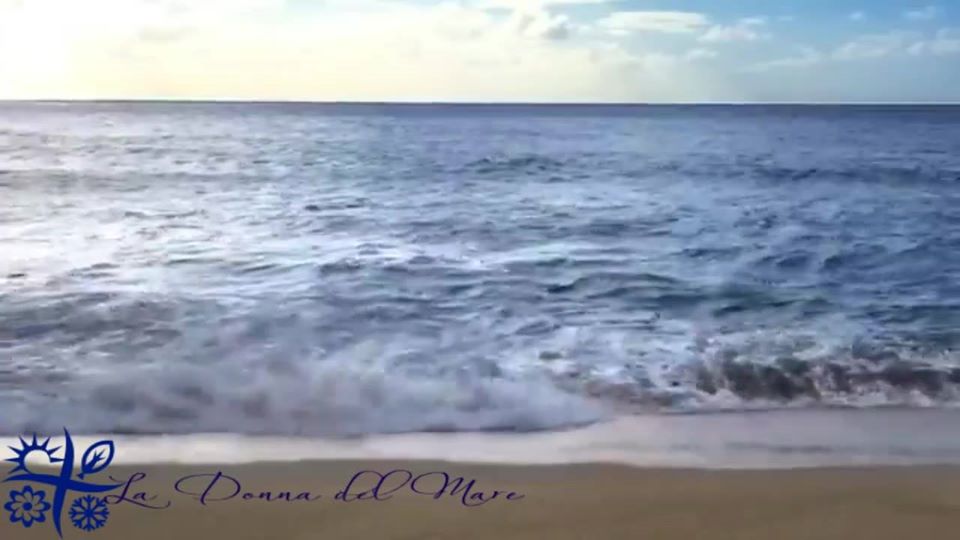 Looking at the sea, especially when it is rough, it seems to come towards us, that it moves back and forth.
In reality it is not so: the sea only moves up and down, like a bouncing ball does.

Sea waves are a particular case of physical wave in which the water surface is set in motion mainly due to the action of the wind and in general the atmospheric circulation; the winds can be felt, in the open sea, up to a maximum depth of 150 meters. In this case the wave is formed because the wind pushes the surface water layer, giving off part of its kinetic energy and momentum, and supplying it with a speed higher than the underlying water layer; by viscous friction each layer of water with different speeds tends to drag the underlying layer slower and at the same time to slow down, from which it is understood that, if they are not continuously fed or do not meet an obstacle first, they are destined to quickly dissolve or dissipate .

The friction between the wind and the surface of the water makes the surface particles of a circulatory motion move: the wave produced is not perfectly transversal or longitudinal, but assumes a waveform and a mixed propagation between the two. Sometimes the sea or ocean appears moved by surface waves even in the absence of wind: this simply happens because the observed wave motion is a residual wave motion or produced in other areas of the ocean or sea where instead the action of the winds that generate waves in subsequent propagation. The wave is the energy that the wind imprints on the water and the water particles release.

Other causes
Waves generated by the west wind The waves are also formed by marine currents that determine the circulation of waters in the seas due to the different temperature and salinity of the waters. Marine currents can have horizontal and vertical movements.

Waves can also form due to uncommon events such as earthquakes that create waves called tsunamis or tidal waves. Tsunamis can be generated either by underwater earthquakes or by volcanic eruptions or underwater landslides.

Even the detachment of ice from the front of glaciers ending on the sea can in some cases generate waves of considerable size. Typical of this phenomenon are, for example, the glaciers of Antarctica during the summer season.

The size of the waves depends very much on the size of the water basin in which they are formed and on the energy of the source that generated them. Under normal conditions, in the open sea, it can reach 6 meters in height in the Mediterranean Sea and 18 meters in height in the Atlantic Ocean and in the Pacific Ocean. However, when a wave meets an obstacle it can rise and reach considerable heights; the highest waves formed in this way can be seen in the storms south-west of the Cape of Good Hope. The largest dimensions are reached precisely in the southern hemisphere in those areas of the ocean at medium-high latitudes where, in the absence of land and continents and therefore friction, the western ocean winds blow constant and undisturbed (the known roaring 40 ° and 50 ° screaming).

Particular waves called anomalous waves from 25 to 30 meters high have also been observed, of which the causes and the origin are not known with precision and above all with characteristics of unpredictability

How do the waves move?

User not logged in. Please call login() and then try again.

No, thanks Yes, enable